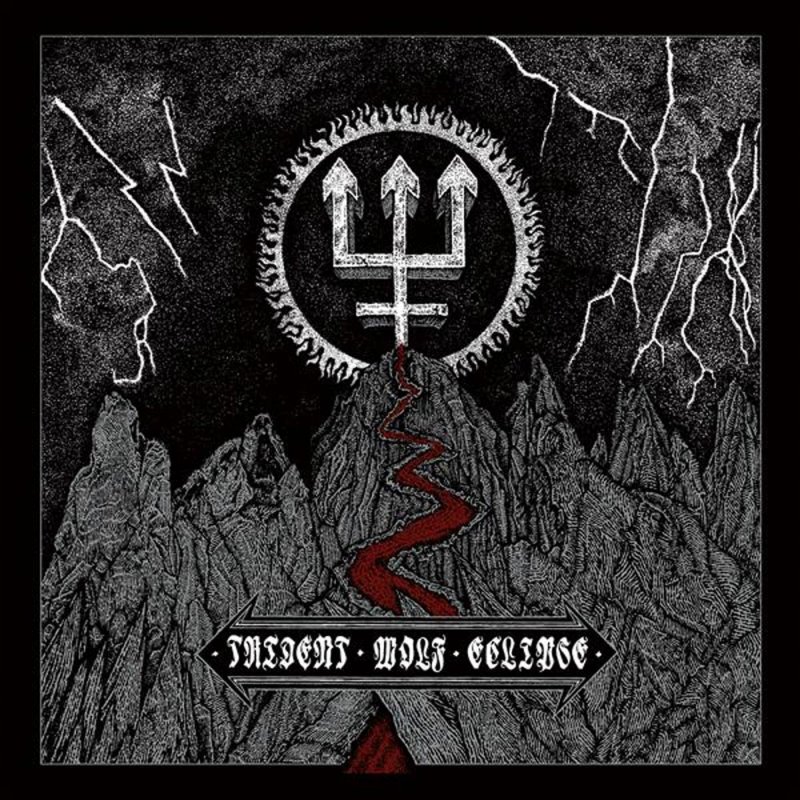 When you have been active for 20 years, you have released a bunch of classic black metal albums and you have experimented with different musical approaches, what would you do, in 2018, when you’re about to release your 6th full length? That’s right, you go back to your roots, with an even stronger will and “Fuck You World” attitude.

Of course I am talking about Watain here, who on the 5th of January have released an album which took me quite some time to digest. Not because I did not like it, but because every time I wanted to write something about it, it unveiled new hidden features, which made me listen to it again and again and again.

If you judge by its length, “Trident Wolf Eclipse” is quite a short album (34’43”) compared to what Watain has done on their previous works – but do not get fooled by that aspect, as this LP is probably the most complex they’ve done so far, in my honest and humble opinion. If on the last 2 albums the band has been very much experimenting new approaches and had some very long (but fucking good) songs, “Trident Wolf Eclipse” is right to the point, with its razor sharp songs which bite directly at your throat.

The 8 songs featured on this release, plus the incredible bonus track “Antikrists Mirakel“, are imbued with all the experience the band has acquired during all these years of playing the devil’s tunes.
Basically, on “Trident Wolf Eclipse” you can hear bits and pieces from all the band’s albums. All the songs are a reference to their past – from the savage, primitive sound of “Rabid Death’ Curse” (“Nuclear Alchemy“) to the more atmospheric and mesmerizing “The Wild Hunt” (“Teufelsreich” or “Antikrists Mirakel“), Watain delivering a very solid, thrashy and in your face release.

As an interesting fact, for the first time in their career the album does not have a title track, which is a bit unusual considering that songs like “Sworn to the Dark“, “Lawless Darkness” or “The Wild Hunt” have become classics and had a huge success when played live. But again, this is Watain and with them, anything is possible.

But this album has not only some great tracks, it has also great musicianship: Hakan‘s drumming and Pelle‘s guitar play have been taken to the next level of performance. If the former has outdone himself with the extremely well done transition from the savage blast beats and insane pounding to the slower and groovier parts, the latter has taken his apparently simple riffing to a much deserved and superior level. The album is full of memorable riffs and guitar parts (Sacred Damnation, Furor Diabolicus, Ultra (Pandemoniac), Towards the Sanctuary ) which really infect your system the moment you hear them.

To top it all off, Erik‘s rabid vocals spit forth the venom through the abhorrent lyrics to complete this unholy trinity of lawless brotherhood which is Watain. The contempt this band has for mankind in general is best experienced at the end of Ultra (Pandemoniac), when Attila Csihar‘s hateful laughter sums up pretty much what Watain‘s music is about.

As a bonus track, the band has recorded one of the most atypical songs ever, the 7 minutes long “Antikrists Mirakel“, a song as evil as the snake which adorns the back cover of the LP/Box Set. Slow paced and with a crushing tempo, the track (with its Burzum-ish guitar intro and its Swedish lyrics) is the perfect closure of a long awaited album, an album not many would have imagined Watain could release in 2018. But this is the exact essence (of black purity?) and beauty of Watain, to strike violently when no one is expecting it.

Personally this band never ceases to amaze me, most of all due to the quality of music and also because of the lawlessness which they represent: a bunch of hungry wolves pissing off a world that succumbs more and more to cliches and stupidity.

ScrollsofDarmoth rates “Trident Wolf Eclipse” on a scale of 5 Tridents out of 5.

PS: To celebrate the acquisition of the new album, I have made a short video on my YouTube channel where I talked about the limited edition box set of Trident Wolf Eclipse.
You can watch the video here